Two major changes to the University Research Tax Credit were announced in the latest Quebec budget in March 2021. These changes will make the credit more accessible and advantageous for startups and smaller research projects.

In this article, we will go over the tax credit basics, changes recently announced, and the impact on your next university research tax credit claims.

You can also read this previous article for more details on incentives found in the 2021 Quebec budget.

The reimbursement rates for all four components of the Quebec R&D Tax Credit were standardized in 2014. The maximum rate now varies between 14% and 30% depending on the status and size of the company. The maximum rate of 30% is for Canadian Controlled Corporations with less than $50 million in assets. This article describes the changes announced in 2014 in more detail.

The advantage of the University Research Tax Credit is a higher inclusion rates for subcontractor expenditure (80%) in comparison to the inclusion rate under the more traditional Tax Credit for Salaries and Wages (50%). For a company at the 30% refundable tax credit rate, this can make quite the difference.

Finally, the work undertaken must be eligible R&D work.  Moreover, the main researcher on the project cannot be named as a party in the contract and the company that subcontracts the research work must hold at least some rights to the research undertaken.

First, the 2021-22 Quebec budget abolished the requirement to obtain a favourable advanced ruling (“décision anticipée”) from Revenu Québec regarding the eligibility of the research contract to claim the tax credit. This requirement was removed primarily to reduce the administrative burden on firms looking to benefit from the measure.

Previously, the need to obtain a favourable advanced ruling cost $318 plus tax in application fees paid to Revenu Québec. Besides the direct fees, the time invested in preparing all the documents required for the advanced ruling was considerable. For some prospective applicants, after all the fees, the time spent preparing the documentation, the excluded amounts, and their effective refund rate, the cost of the application outweighed the benefits.

While the reduction of the administrative burden for applicants is a net positive – especially for smaller firms and earlier stage companies – the eligibility criteria previously verified at the advanced ruling stage have not been lifted. The same documentation will be required in event of audit.

Second, Revenu Quebec has also abolished its exclusion limit when it comes to the University Research Tax Credit for fiscal years beginning after March 2020. The exclusion limit previously made the first $50,000 spent on otherwise eligible R&D expenditures ineligible for tax assistance from Revenu Québec for companies with assets below $50 million. The threshold limit could be as high as $225,000 when the company’s assets were $75 million or more. 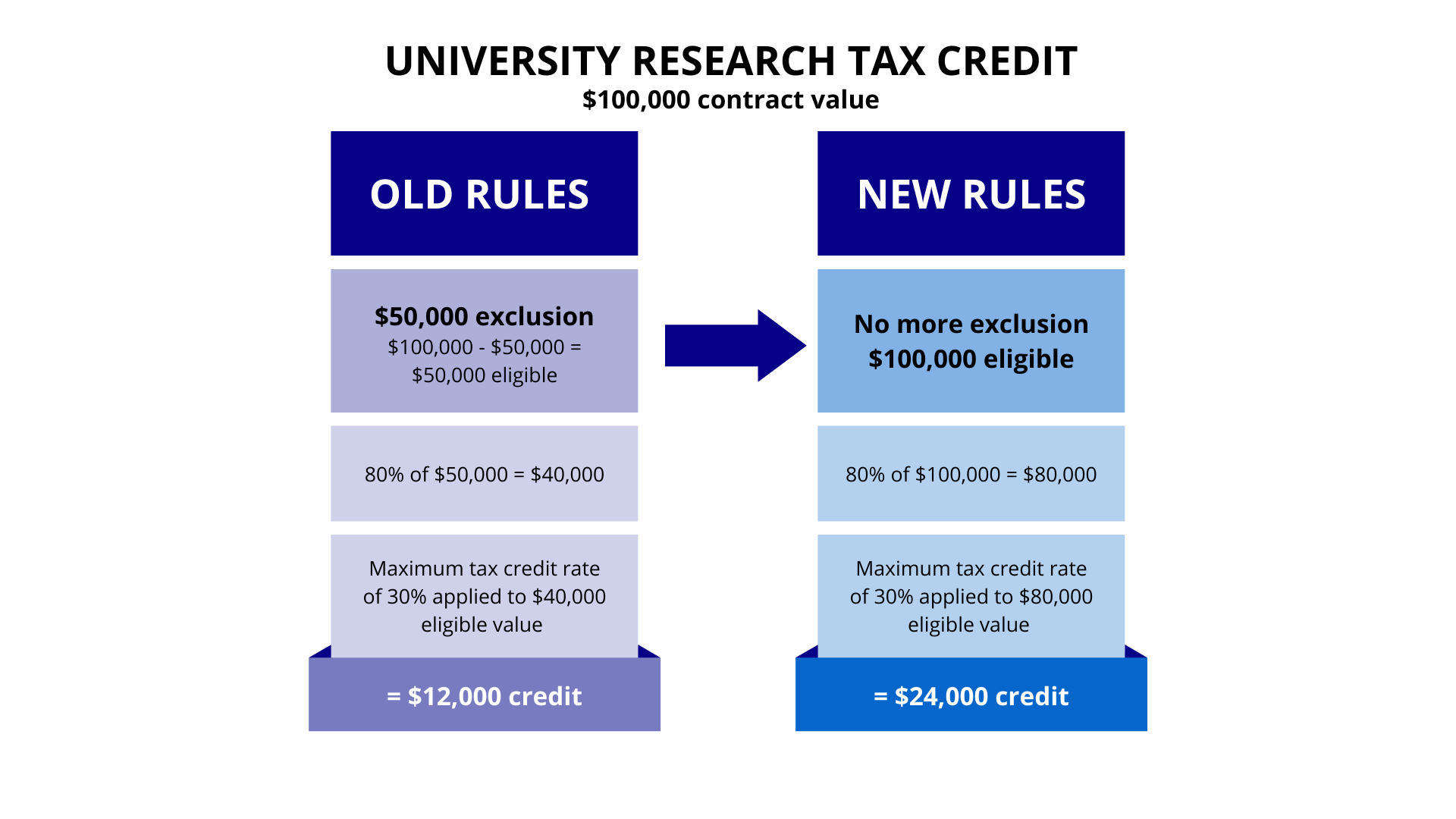 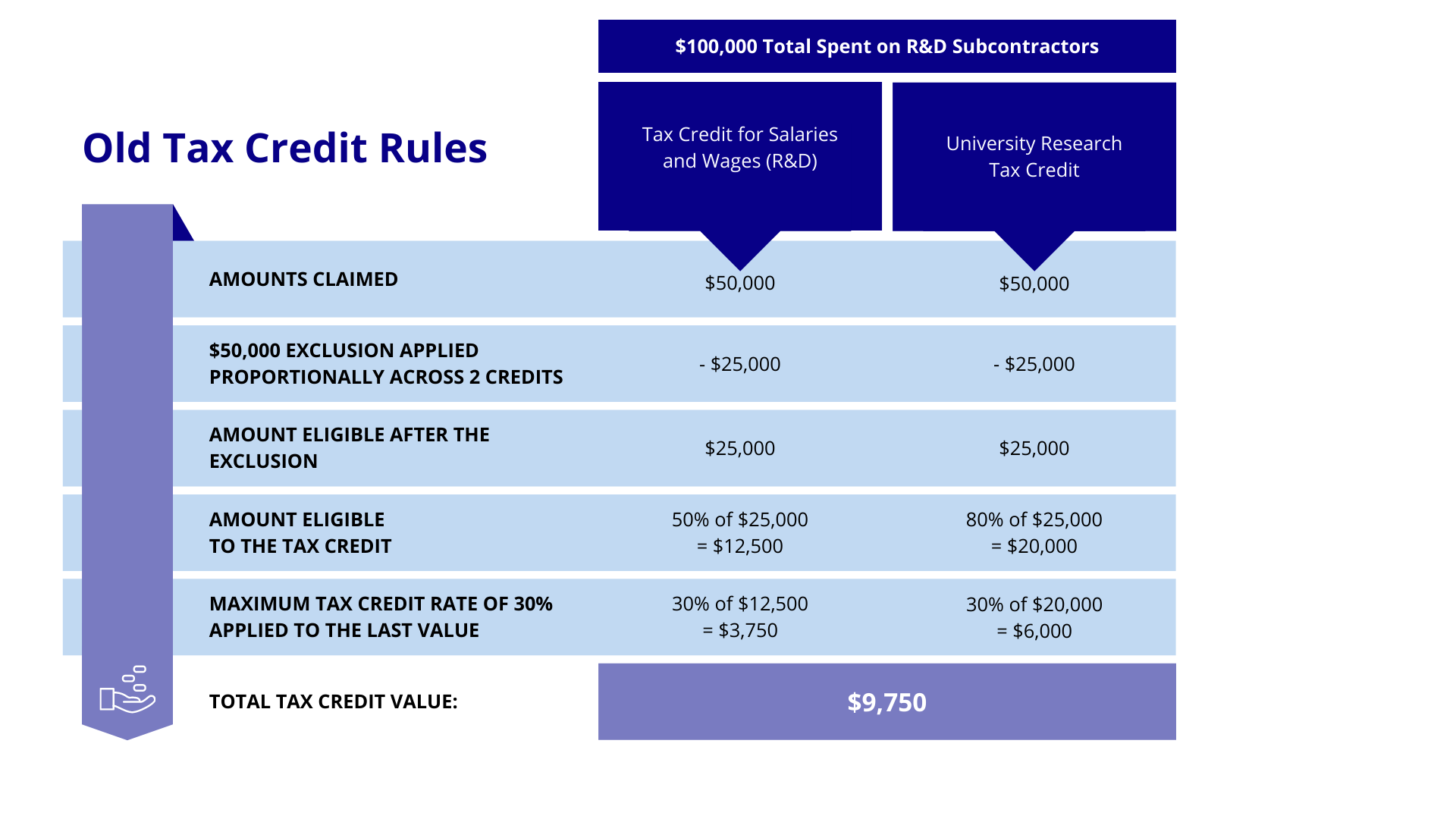 How R&D Partners can help

If you have any questions about this or other tax credit programs, do not hesitate to contact Dominik Klein at dklein@rdpartners.com, or at 1-800-500-7733 ext. 103.

Disclaimer: This article is for informational and general guidance purposes only.