In Quebec, the Tax Credit for the Production of Multimedia Titles is administered by Invest Quebec and typically applies to video game development and interactive digital media applications. This tax credit can refund up to 37.5% of the salaries of eligible employees or subcontractors for work done on qualifying multimedia productions in Quebec.

In Ontario, the Ontario Interactive Digital Media Tax Credit (OIDMTC) is managed by the Ontario Media Development Corporation and exists to aid game development and the creation of other eligible interactive digital media products. It consists of a tax credit of up to 40% of the eligible expenditures incurred by an admissible Ontario business. 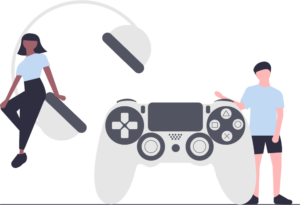 Corporations in Canada that are developing highly interactive digital media products may be eligible for a refundable tax credit. Video games, E-learning applications, and professional simulators are just a few examples of eligible titles.

You can recover up to 37.5% of your interactive digital media development costs in Quebec and up to 40% of the costs in Ontario in the form of a refund.

“R&D Partners have been very helpful in guiding us through the Multimedia tax credit process. They provided hands-on support, were proactive in driving the process forward, and were all-around professional and transparent.”

“R&D Partners are a team of competent, professional, and honest individuals who care about getting the job done right. I would recommend them without hesitation to any company looking to benefit from the Multimedia tax credits or other government programs.”