Overview of the Development of E-Business & Multimedia Tax Credits

In Ontario, the Ontario Interactive Digital Media Tax Credit (OIDMTC) is set up to aid in game development and is managed by the Ontario Media Development Corporation. It consists of a tax credit of up to 40% of the eligible expenditures incurred by an admissible Ontario business.

Similar programs also exist in British Columbia, Manitoba, Nova Scotia, and Prince Edward Island; and other significant government incentives may also be available for these types of expenditures. 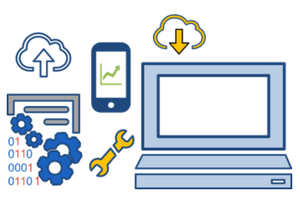 “R&D Partners was very efficient and ensured we maximized our complex claims. They were also very helpful in dealing with our auditors and tax authorities – allowing us to focus on our business.”

“Their level of service has been outstanding over the last five years. They led us through every step of the process from properly setting up the company in Canada, to implementing R&D best practices; identifying and applying for tax credit and grants, and successfully taking us through audits. I am impressed with R&D Partners; we do really consider them as our partners.”